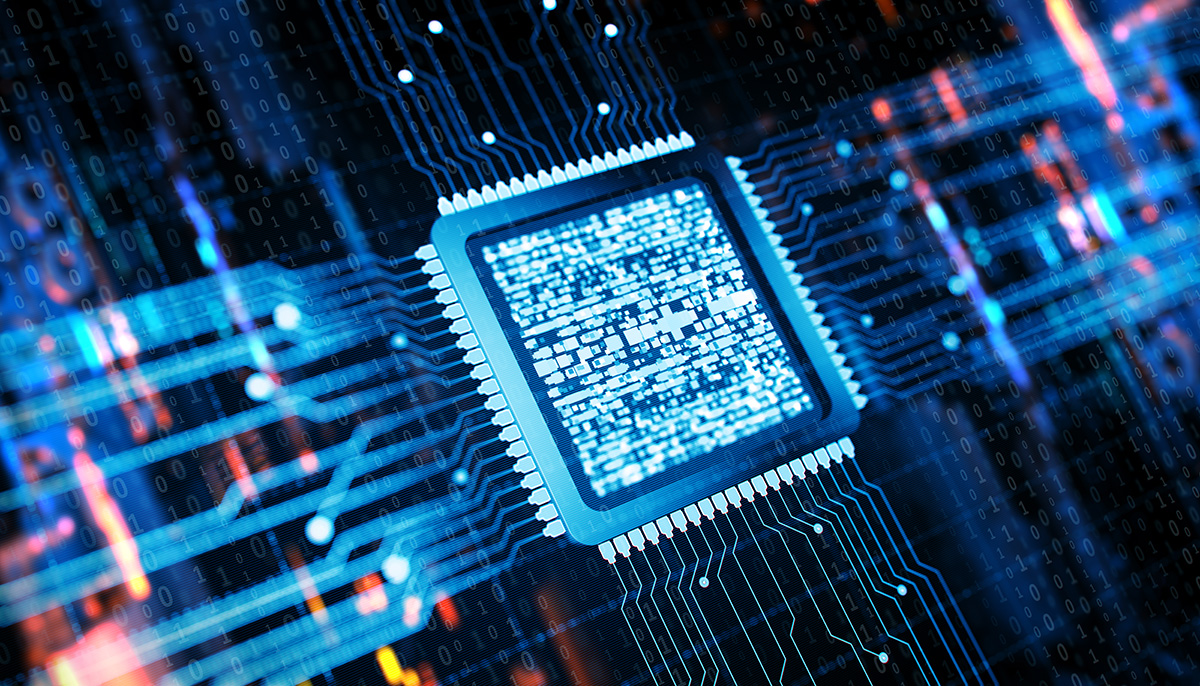 Twenty years ago today, researchers at the University of Washington (UW), the University of Southern California, and industrial collaborators reported a breakthrough in telecommunications technology in the premier peer-reviewed journal, Science. The team, led by Prof. Larry Dalton at UW, had developed a polymer (plastic) electro-optic (EO) modulator, a device used for encoding signals for fiber optics, that exceeded the performance of standard EO modulators made with a crystalline material called Lithium Niobate. The materials enabling this technology defined a new generation in EO materials.  These plastic EO materials (also called organic EO or OEO materials) delivered a previously elusive combination of stability and performance that can selectively allow light and electricity (e.g. digital data or radio waves) to efficiently interact with each other. Such interactions enable encoding and routing signals in fiber optic networks and transmitting and detecting radio waves, among other applications, and have huge implications for today’s bandwidth and data transfer bottleneck and for the future of computing.

The innovation was summarized as an “Opto-Chip” by Prof. Dalton in an article in MSNBC, which mentioned ubiquitous broadband, real-time digital video delivery and videoconferencing, 3D high-definition displays, and sensors for autonomous capabilities for cars as potential applications that Prof. Dalton and his team believed the technology would enable. These technologies were being described at a time when internet access was still overwhelmingly through dial-up modems and DSL lines were an amazing new technology.

The technologies described in the 2000 interview with Prof. Dalton are all available in the consumer marketplace of 2020, and I am writing this post using a home fiber optic internet connection that outclasses the bandwidth available to my entire college when I was an undergraduate student in the mid-2000s. However, despite launching a massive Federal research investment (the Materials and Devices for Information Technology Research (MDITR) Science and Technology Center) and early commercial interest, these technologies emerged without the use of OEO materials. What happened?

There wasn’t a need at that time. Fiber optic networks could be built effectively (albeit expensively) with existing technologies, and advanced modulation schemes allowed cramming more data on fibers. Moore’s law continued to advance, with features on silicon chips constantly shrinking such that the complexity of chips (and therefore their capabilities) doubled every 18-24 months, enabling an incredible range of increasingly powerful and inexpensive computing and networking devices.

Furthermore, the chip reported in 2000 was still a curiosity. It required a length of 2-3 centimeters to allow low-voltage digital processing, and it was uncertain how efficiently it could be shrunk and produced, or how well it could withstand years of exposure to light and heat. While OEO materials improved with continued research at UW and MDITR partners, theory and design tools were developed, other CMDITR researchers and collaborators pioneered integration of OEO materials with silicon electronics and photonics (data processing using light). At that time, while initial results were novel and promising, breakthrough device applications proved elusive. By the time of the late-2000s financial crisis, OEO returned to being an academic curiosity.

However, things changed again in the mid-2010s. Around 2015, Moore’s Law departed from its characteristic behavior due to increased difficulty and expense in patterning smaller features, requiring greater specialization to increase performance. Fiber optic networks were also closer to the home and workplace than ever. However, needs for networking bandwidth and computing speed for everything from digital video delivery to machine learning have continued to grow faster than ever. This has only been emphasized this month during the COVID-19 crisis, as our infrastructure has become increasingly slammed by a large fraction of life having to move online.

Coinciding with this slowing of Moore’s law in the mid-2010s, research developments in OEO materials and nanophotonic devices led to a synergistic transformation in EO device technology. UW researchers in the Dalton and Robinson groups, including Dr. Delwin Elder, Dr. Stephanie Benight, and Dr. Phil Sullivan, developed OEO materials—improved variants of those in the 2000 Science paper—well-suited to nanoscale devices on chips at the same time that researchers in Prof. Juerg Leuthold (ETH-Zurich) and Prof. Christian Koos’s (Karlsruhe Institute of Technology) groups pioneered “hybrid” devices capable of efficiently exploiting the properties of the materials. Devices could now be smaller than a hair’s breadth (a few micrometers to a few hundred micrometers long), built on top of standard CMOS silicon chips, and operate at voltages compatible with standard digital electronics.

This combined breakthrough led to devices hundreds of times smaller and using far less energy than the best lithium niobate devices, and with properties that could be continued to be tuned and improved. Combined with further advances that had improved the stability of the materials, OEO found a place to shine, with devices operating at previously unheard of speeds of up to 500+ GHz  with incredible power efficiency.

As these technologies began to develop, Prof. Bruce Robinson, Dr. Elder, Dalton/Robinson group postdoctoral researcher Dr. Huajun Xu, and myself focused on utilizing the design methods that the Dalton and Robinson groups had developed over the prior decades to engineer a new generation of materials intended for exceptional performance in these new nanophotonic architectures. During that time, the UW team also connected with Gerard Zytnicki and Paul Nye, leading to the formation of Nonlinear Materials Corporation (NLM). The NLM and UW team also recruited organic optoelectronics expert (and Dalton alum) Dr. Scott Hammond and other key staff and advisors. NLM’s mission is to enable the next revolution in computing with a transformative photonic materials platform.

Technologies often arrive before their time. A good example is in display technologies, where both liquid crystal displays and organic light-emitting diodes were demonstrated decades before they hit the market, and where cathode ray tubes were “good enough” until they no longer were between the development of higher-definition televisions, laptop computers, and smartphones—which all required those key flat-panel display technologies.  The Dalton group technology reported in the 2000 Science paper, and OEO materials improvements since then are enabling a similar revolution, transitioning from electronics and photonics as separate technologies to integration within chips, enabling dramatic increases in performance.

We at NLM, together with our partners and customers, are working hard to advance hybrid OEO technologies that will revolutionize computing and communication. Our materials are available today, and we look forward to furthering this mission with you.